This is the first of a new series of books. It lists registrations issued by County Councils and County Borough Councils of the North West Traffic Area from their inception in 1903/4 up to 30 September 1974. After this date, the Local Vehicle Licensing Offices were formed. The five historic County Counties included here (Anglesey, Caernarvonshire, Flintshire, Merionethshire and Montgomeryshire) had slightly earlier been absorbed into the new counties of Clwyd, Gwynedd and Powys on 1 April 1974.

Some of the earlier issues of these registrations were first published in the British Journal in serialised form. This is the first time however that they have been brought together in one series of volumes, 1965-1974 registrations are included. Brief details of later LVLO-issued registrations in these series are included in the appendix. 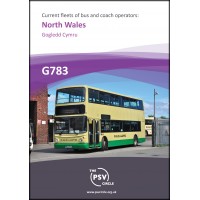 A Fleet List of All Bus and Coach Operators in North WalesThis publication is part of.. 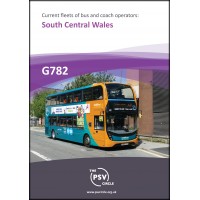 A Fleet List of All Bus and Coach Operators in South Central WalesThis publication is.. 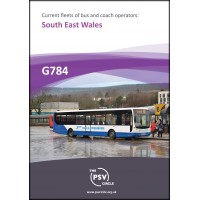 A Fleet List of All Bus and Coach Operators in South East Wales.This publication is part&n..